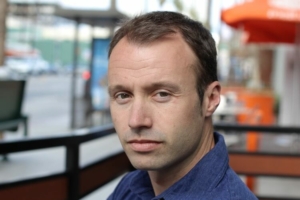 After months of stressing out about how much hair you’ve lost, you finally pay a visit to your dermatologist.  You talk to your doctor, have an examination, and finally get the news you’ve been dreading.  You have androgenetic alopecia, another name for male or female pattern baldness.  You were trying to process the diagnosis and heard the dermatologist mention the medication Propecia, but couldn’t fully concentrate on what he or she was saying.  You were too focused on the fact that you are losing your hair.  Now that you’ve calmed down, you have decisions to make. Should you try taking Propecia or not?  Will it work?  Is there a less expensive generic version?  Does it have any side effects?  If these or other questions are swirling around in your head, you’re in the right place.  We’re here to give you all of the information you need to help you decide whether Propecia is right for you.

Why is Propecia Prescribed?

Propecia, the brand name for the generic medication Finasteride, is FDA-approved to treat male pattern baldness. Although the medication is not FDA-approved to treat women, it is often prescribed off-label for female pattern baldness.  Both Propecia and Finasteride work the same.  The difference between the two medications is the price.  Since Propecia is a brand name, it is more expensive due to associated marketing costs.

Propecia has been available to treat hair loss for over 25 years.  The medication was first used in 5-milligram doses in 1992 by urologists to treat enlarged prostates among men aged 50 and older.  During trials, it was discovered that a side effect was hair growth.  In 1997, one milligram of Propecia was formally approved for hair loss in men who are 18 and up.

How Does Propecia Treat Androgenetic Alopecia?

Propecia inhibits type II and type III 5-alpha-reductase isoenzymes.  In simple terms, that means it prevents testosterone from converting into an androgen called dihydrotestosterone (DHT).  Blocking DHT is important because excess DHT shrinks your hair follicles and interrupts your hair’s growth cycle.  When your hair follicles shrink, hair becomes thinner and weaker.  Hair falls out easily and doesn’t grow back.

How is Propecia Dosed to Treat Male or Female Pattern Hair Loss?

As mentioned previously, Propecia was originally marketed to treat benign prostatic hyperplasia at 5 milligrams.  The dosage typically prescribed to treat male pattern hair loss is significantly less.  Your doctor will determine the right dose for you; however, one milligram is the most common prescription for men.  Women usually need a higher dosage than men.  Doses prescribed for women can range anywhere from 1.25 to five milligrams.

If you’re wondering whether or not you should give Propecia a try, the data is favorable.  Propecia is effective in preventing further hair loss and growing new hair.  Research has demonstrated that Propecia reduces serum DHT by 70 percent. (01)  With the medication, testosterone cannot convert to DHT, which can damage the hair follicles. Furthermore, one study indicates that 48 percent of users achieved growth after one year.  After two years, that number increased to 66 percent.  The study also shows that Propecia halts hair loss.  After two years, 83 percent of users in the study had no further hair loss. (02)  It’s important to know that results are only seen while using Propecia.  If you stop using the medication, new growth will likely fall out and your hair will look like it did before taking it.  Further hair loss can also occur.

Can You Combine Propecia With Other Hair Loss Medications?

Dermatologists often find that combining Propecia with Minoxidil gives better results than using Propecia alone.  The two medications serve different purposes.  Propecia blocks the DHT from converting, while Minoxidil sends oxygen to the hair follicles, helping them open so healthy new hair can break through.  You may also hear about retinol.  When using topical Propecia, retinol has been proven to improve absorption of the medication, giving better results.

How Long Does it Take Propecia to Work?

It’s normal to be anxious to see results after starting a hair loss medication.  When you take Propecia, you may see hints of new growth around the three or four-month mark.  However, it typically takes six months to notice significant improvement.  It generally takes a year to see full results.

Does Propecia Have Any Side Effects?

Many men are apprehensive about taking Propecia because they have heard it can cause undesirable sexual side effects.  Some report erectile dysfunction, decreased libido, and ejaculation disorders.  The side effects are rare, only affecting approximately one percent of men who take oral Propecia. If side effects are a concern, topical Propecia is an alternative that has been proven equally as effective without the same risk of side effects.  Topical solutions work specifically at the site of the hair follicles without risking systemic exposure. (03)

Although Propecia is not FDA approved for women, many dermatologists prescribe the medication off-label for their patients with female pattern baldness.  Both oral and topical Propecia has been proven effective for treating women. (04)  Topical Propecia is absorbed into the skin of the scalp without systemic effects.  Oral Propecia can be prescribed for women who are post menapausal, but isn’t recommended for women of childbearing age unless oral contraceptives are also being taken.

Are There Alternatives to Propecia to Treat Androgenetic Alopecia?

Other hair loss treatments exist, but keep in mind that prescription medications are most effective.  Minoxidil is often used in conjunction with Propecia for both men and women.  Propecia is effective for most, but in cases where stronger medications are needed, Dutasteride can be prescribed to men or women.  Dutasteride works similarly to Propecia; however, it blocks an additional enzyme.  Spironolactone can be prescribed to women but isn’t recommended for men because it can cause breast enlargement.  Combination topical treatments are often a good choice because they conveniently combine multiple medications into one formula.

Propecia is a well-tested medication proven to help people with androgenetic alopecia.  The medicine helps stop further hair loss and stimulates new growth in many patients with male and female pattern baldness.  If you have additional questions about Propecia, let us know.  Our board-certified dermatologists are available to review your case and recommend dosages, formulas, and other medications that work well with Propecia. 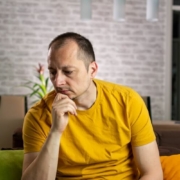 How to Avoid Side Effects from Finasteride 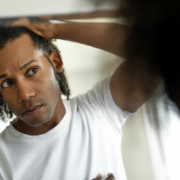 What You Need to Know about Smoking and Hair Loss 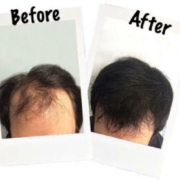 Topical Finasteride. Does it really work? 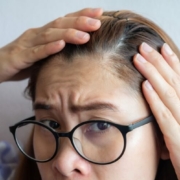 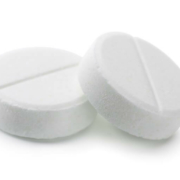 Does Oral Minoxidil Live Up to the Hype? 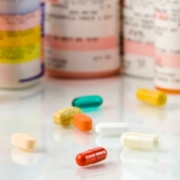 Everything You Need To Know About Finasteride Interactions 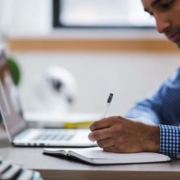 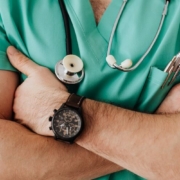 Do You Need a Hair Loss Doctor? – How to Know When It’s Time for a Professional Opinion.
Scroll to top